AFDO was registered as a company in late 2003 and in August 2004, the inaugural Board of AFDO named Maryanne Diamond as Chief Executive Officer.

For the first two months, AFDO operated out of the Blind Citizens Australia office before moving to Ross House – a building in Melbourne’s CBD that has been left in trust for small self-help organisations.

The first Annual General Meeting of AFDO and the launch of the organisation were held on 18 November 2004 at Parliament House in Canberra. Both were great successes with a high level of interest from politicians, senior public servants, community sector representatives and people with disability. 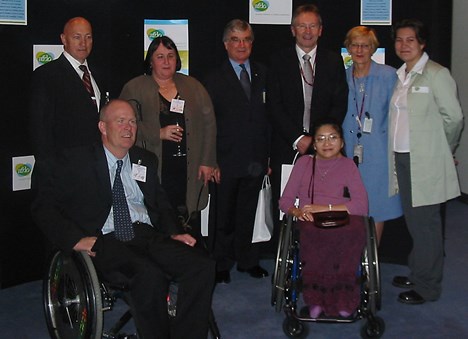 A photo of Maryanne Diamond and colleagues at the launch of AFDO.

There were nine founding members of AFDO, and they were:

In that year, AFDO’s Constitution was amended to allow state-based, cross-disability organisations to join AFDO and for them to have a representative on the Board of AFDO. 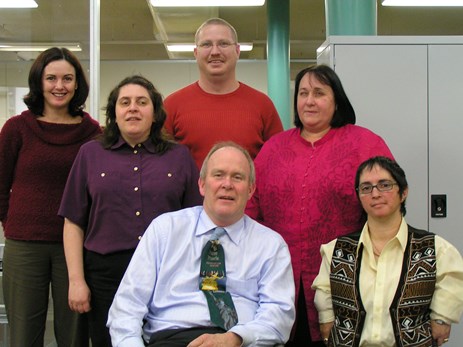 A group photo of Board, members, staff, and volunteers in the AFDO office.

Lesley was a feminist and disability advocate who had been involved with feminist issues since 1972 and had worked in various jobs empowering low income, indigenous, and people with disabilities in housing, arts, accommodation, human rights and disability rights.

In the early 1980’s Lesley led a band of disabled women in protest against the use of beauty quests to raise money for disability charities. Follow this link to read Lesley’s article from that time about women with disabilities and beauty. 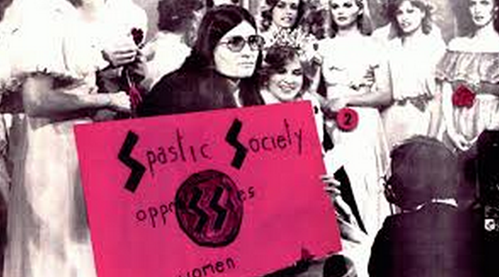 A photo of Lesley Hall protesting against a beauty competition for the Spastic Society.

In September 2008, Lesley was appointed as the new Chief Executive Officer of AFDO.  Lesley brought a wealth of experience, skills and a long commitment to human rights for women, people with disabilities and Indigenous people.

Sadly, Lesley passed away suddenly on 19 October 2013 to the shock of the Australian and international disability community and her government and political colleagues.

One of the strengths of AFDO is that we have always been proactive about working with organisations outside our membership, both within the disability sector and in the community sector more broadly. We are also very fortunate to have an incredible team of hardworking and talented staff.

We have continued to put sound policies and practices into place based on good business principles. Today, it is clear that AFDO is highly respected and recognised as a Disabled Peak Organisation (DPO) that works strategically with all stakeholders. A group photo of AFDO Board, staff, members and guests at the AFDO Advocacy Conference.