Our diverse team is made up of dedicated and passionate people who are committed to achieving our Vision – a community where all people with disability are involved equally in all aspects of social, economic, political and cultural life.

Ross Joyce, our Chief Executive Officer (CEO) leads our team which is made up of people with disability, family members and supporters, each with their own unique skills and experience to complement each other.  More information on our team is below.

Ross brings significant expertise to the Chief Executive Officer role at AFDO. His past experience includes:

Ross serves on the following committees and forums:

Ross is also highly qualified, with credentials including a:

Helen is the Personal & Executive Assistant to the Chief Executive Officer at AFDO.

With over 16 years of experience in a professional Executive Assistant role and with a track record of strong performance in a high-volume, high-pressure environment, Helen skillfully manages the AFDO office and supports the Chief Executive Officer to ensure that all operational areas function efficiently, effectively and in accordance with AFDO policies, procedures and reporting requirements.

Out of the office, Helen volunteers at the Royal Childrens Hospital as a Family Support Volunteer, looking after patients or their siblings and providing support to parents and carers.    . 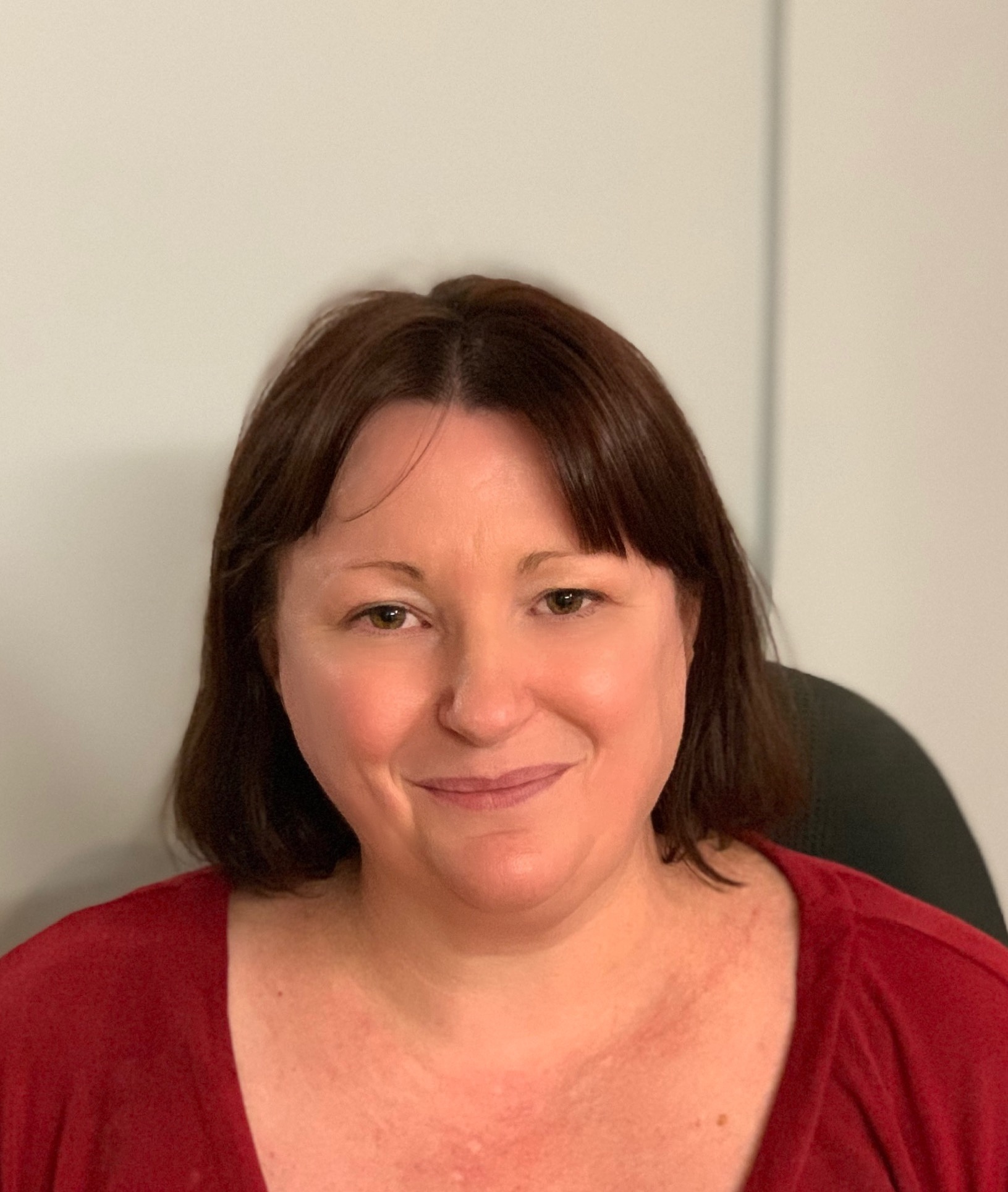 Cheryl is responsible for providing governance support to the Chief Executive Officer and the Board of Directors.  Her responsibilities include organising all AFDO Board meetings and General Meetings; drafting & preparing reports and presentations for the Board and CEO; developing and reviewing procedures, guidelines, and governance/operating policies; and processing membership applications.

Cheryl brings more than 20 years experience in the disability and not-for-profit sectors, and has previously worked for the National Disability & Carer Alliance, Blind Citizens Australia, as well as working in the HIV sector and for local government.  Cheryl holds a Diploma of Business, a Certificate in Professional Writing & Editing, and has recently completed the Change Management Program and the Igniting Leadership Program with Leadership Victoria. Patrick has been working with people with intellectual disability for 32 years. He began as a nurse at Janefield Training Centre in the northern suburbs of Melbourne. While he has worked in a range of different sectors, such as homelessness and HIV, Patrick has always kept his passion for social justice issues for people with an intellectual disability. Patrick also has a strong commitment to Indigenous Australians with disability, as he has lived and worked in Central Australia.

Patrick began working as an advocate/guardian with the Victorian Office of the Public Advocate in 2004. Here, he developed an insight into the civil and political issues for people with cognitive impairments through the lens of guardianship. In 2007, Patrick became the guardian for a young Indigenous man from a remote community. This man was detained in a maximum-security prison in the Northern Territory after killing a family member.

As this young man’s advocate and decision maker, Patrick came into contact with the criminal justice issues faced by people with cognitive impairments, particularly Indigenous Australians. As a result of this experience, he founded a national advocacy campaign called the Aboriginal Disability Justice Campaign – now called Australians for Disability Justice.

Patrick joined AFDO as its National Manager – Policy, Advocacy & Research in July 2017 and has undertaken extensive work on policy development, government and sector submissions, systemic advocacy, on several major issues including; Transport Act Review, Access to the Disability Support Pension, AFDO Federal Budget Pre-Submission, Children with Disability in Out of Home Care, Access to NDIS Supports for people with disability in detention or remand, etc. 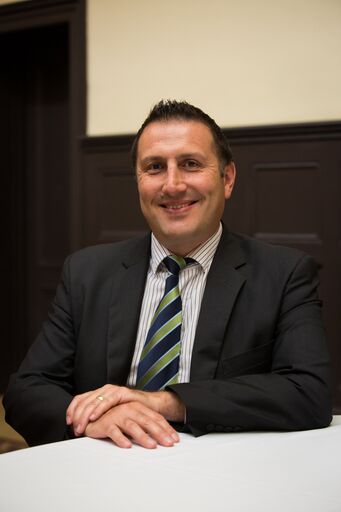 Jim has a diverse range of work experience and qualifications that has bridged over two and a half decades for a number of industries in the corporate sector, including sales, customer service, account management, new business development, and implementation.
He has lived experience of disability with a son who has a vision impairment. Jim has had an association and involvement with a variety of charitable organizations such as Beyond Sight Auxiliary, Vision Australia, Guide Dogs Victoria, Royal Children’s Hospital Good Friday Appeal, Starlight Children’s Foundation, Camp Quality, Challenge, Ronald McDonald House Charities, and Cancer Council.
This has contributed greatly to his appreciation of charities and not-for-profit organisations, their structure along with their services. He has experienced first-hand the essential help and support that these organisations offer to families during difficult and challenging times. The funds raised are essential for these services and many other areas such as research, training, raising awareness, technology and equipment. Ramona has a Bachelor of Arts with a double major in linguistics from Melbourne University. Her studies included linguistics code in both braille and as tactile representations of print. Ramona has a long career in the print disability sector, working at the Royal Victorian Institute for the Blind (RVIB) in the mid-1990s as an adult braille instructor. More recently, she worked at HumanWare providing training on assistive technology to people who are blind or have low vision. Ramona has been the convenor of the Australian Braille Authority Victorian Branch and a member of the National Executive of the Australian Braille Authority. 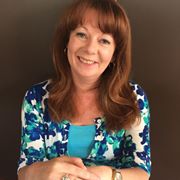 Leah has more than 20 years’ experience in initiating and nurturing strategic engagements, business development and project management within the government, education and healthcare ICT sectors. As a Senior Executive in the private sector, Leah has gained extensive experience partnering and consulting to organisations such as Victoria Police, the Department of Health and Human Services, Local Government Authorities, Community Health and Aged Care, large NFP groups and many smaller commercial businesses. Her experience is underpinned by her Bachelor of Business, Strategic Management, Coaching & Mentoring, TQM and Diploma in Health Science tertiary qualifications.

Leah believes the Diversity Inclusion Officer’s role is an essential linchpin in providing opportunities for increasing disability inclusion and accessibility from a commercial perspective across the region. She is excited to be able to work in partnership with local organisations to educate, mentor and support them to be more inclusive in every aspect of their business for the purpose to contribute to a better future for people and their families with a disability. Steve has significant experience working in Disability Employment Services (DES) in Adelaide and Geelong and brings to the AFDO team highly respected skills and knowledge in the areas of educating and supporting businesses to create inclusive workplaces. Steve holds qualifications in Project Management, Vocational and Educational Training and Employment Services and has a wide range of industry experiences including 15 years in Private and Public hospitals.

Steve’s DES roles have given him a deep insight into the genuine desire businesses have to provide opportunities for individuals with barriers to employment, as well as the support the business requires to make it happen. As the Co-Founder of a small business since 2010, Steve has firsthand experience of the challenges today’s businesses face and knows the value of professional services that seek to fully understand the business and provide support that is matched accordingly.

Steve ultimately brings to this role a passion for helping workplaces to understand the positive impact inclusion practices have not only for a jobseeker with a disability, but for their families, the employees of the business and the wider community. 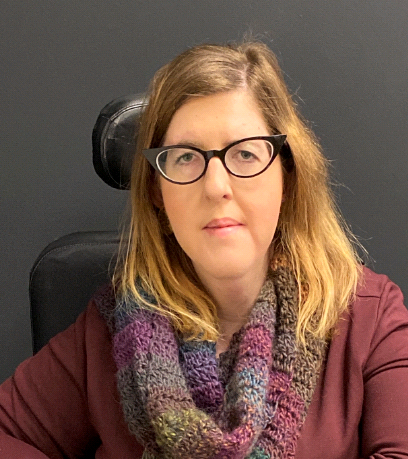 Natalie Wade is the Founder and Principal Lawyer of Equality Lawyers, a law firm which provides everyday legal services to people with disabilities, their families and supporters. Prior to founding Equality Lawyers, Natalie was a solicitor within the South Australian Government. In 2015, Natalie was appointed as a solicitor to the South Australian Child Protection Systems Royal Commission. During her time with the Royal Commission, Natalie worked a range of children protection systems issues including those faced by children with disabilities. In 2016, Natalie was awarded Australian Young Lawyer of the Year for her work on the Child Protection Systems Royal Commission.

Outside of work, Natalie has a strong track record as a disability rights advocate and lawyer. As the Founding Chair of Australian Lawyers for Human Rights’ (ALHR) Disability Rights Subcommittee, Natalie has championed key disability rights advocacy work for ALHR including providing a response to the Senate Inquiry into violence, abuse and neglect of people with disabilities (2015), assisting on international complaints for a person with cognitive impairment who is indefinitely detained in an Australian prison and providing media commentary on the rights of migrants with disabilities. The combination of Natalie’s lived experience of disability and professional skills gives her expertise a clear focus on the human rights of people with disabilities. 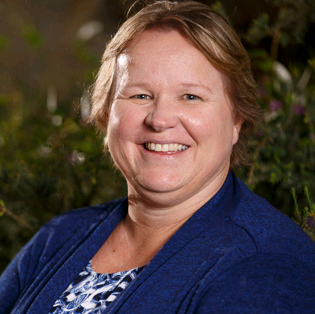 Jody is a Murri woman from Urangan (near Hervey Bay) with kinship to Fraser Island Birri-Gubba and the Gurangi people of Barcaldine.  She is one of the leading Aboriginal Disability Trainers in the country and works from the lived experience and 30 plus years of professional training.

Jody has developed her strong connections across the country. Her work as a private consultant, Aboriginal Disability Cultural Safety Trainer and Assessor, professional motivational speaker and recipient of the inaugural 2017 Atlantic Fellows in Social Equity Fellows, 2014 Brenda Gabe Leadership Award and the 2011 Emerging Leader Award for Indigenous Leadership holds her in great esteem.

Jody was the first Deaf Aboriginal woman to present at local, state, national and international levels on the empowerment of Aboriginal people with disabilities.  She is the leading consultant who has worked across Australia and entered over 200 communities, engaged with over 30,000 people in community during her 30+ year career and community life. The work done by Jody is done with the utmost cultural respect and protocols that ensure the cultural safety of all community members.